Planting in your plot 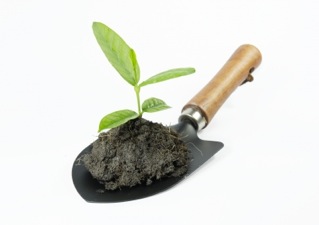 I’m a new author. I’ve never completed a novel, though I have started many. I’ve written and published dozens of short stories, but a novel, well that is hard work. Why is it so different? Well, I think it is down to plot and structure.

Short stories have characters, good characterisation, dialogue, descriptive passages, beats, interior dialogue, viewpoint, voice – all these different aspects of fiction writing. But they don’t need a lot of structure and their plots tend to be pretty simple.

So, embarking on a novel, what better book to get than:
‘Plot and Structure – techniques and exercises for crafting a plot that grips readers from start to finish’ by James Scott Bell
If you are attempting to write a novel, you should buy this book. Preferably in paper form, not kindle. And don’t think you’ll be passing it on to a charity shop at some point, you won’t – you’ll need it, so you can scribble and highlight away as you wish.

One of the small items tucked away in the last chapter caught my eye recently.
It’s titled ‘Inverting the Rifle Rule’.

The Russian playwright Anton Chekhov had a famous rule that said if, in the first act, you show a rifle hanging on the wall of the room where the play is set, then the rifle must be used before the end of the play, preferably in the third act. This is really a rule of expectation – if you set something up, then you need to deliver on it.

Bell suggests that, as writers, we should think of the rule in reverse. If we are going to have someone shot in the third act, then we should plant the gun somewhere in the first act. This approach greatly enhances the plausibility of the plot, since the reader is not so surprised that certain events take place.

The classic example that Bell quotes is the James Bond stories. It is the role of Q to provide the gadgets for James Bond to escape from the various traps and tortures he has to undertake. We are acquainted with these gadgets early in the story, not knowing when or where they will be used. But then, when James is trapped and apparently going to be mortally wounded, we can find the escape mechanism plausible.

Most planting needs to be more subtle than this. In the novel I am working on, my protagonist is called Emma. At a point in the story Emma faces danger requiring her to fight another person. Fist fighting does not come naturally to most people, and Emma is a journalist, so it’s not exactly part of her everyday life. But I need her to win the fight.

Having read this section of Bell’s book, I now realise that I can have Emma learn self-defence skills at her gym in an evening class, or perhaps at a training course that the paper sends her on. This will add depth to Emma’s characterisation, give her the necessary skills to win a fight, and as an added bonus, I can use that scene at the gym or training course for another purpose too – for example, to meet someone who later becomes a firm friend.

So, think about your plants and place them carefully in the early parts of your stories.

I’ve blogged before about how to structure a short story and the 8 point arc. See this previous blog post. and I’ll continue to delve into this art of novel writing that has a fair bit of science to it as well.