Continuing my Friday theme of posting fiction writing techniques, here is some more about the art and science of dialogue. 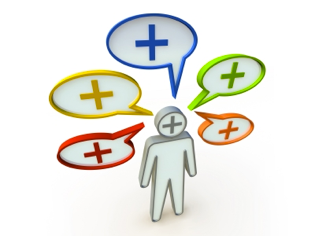 1. Dialogue is the first thing readers look for.When I am browsing in a bookstore and pick up a novel I am considering, I flick through the pages and see the pattern and density on the page, the paragraphing and the dialogue. Then I read a little and it tends to be the dialogue that I read first. It sets the tone for the novel.

So it is important to get dialogue right and I have studied the mechanics of dialogue from this great book: ‘Self-Editing for Fiction Writers’ by Renni Browne and Dave King.

2. Don’t over-explain
“You can’t be serious,” she said in astonishment.
This is lazy writing. The writing should be strong enough that the reader gets the fact she is astonished.
Resist the Urge to Explain. R.U.E.
Let the dialogue SHOW the emotion.
Don’t explain stuff in the narrative that you also explain in the dialogue – should be in one or the other.
Avoid all -ly adverbs attached to ‘said’, like grimly, swiftly, etc. You could occasionally use ‘softly’ if the person is whispering but that’s about it.

3. Speaker attributions
He said. She said.
That’s it. No more. Just use said.
Never use he growled, she snapped, he whined, etc.
Where possible, and it’s clear, leave out altogether.
Bad example:
“Give it to me,” she demanded.
“Here it is,” he offered.
“Is it loaded?” she enquired.
Just use SAID
Readers won’t even notice it.
Better to say ‘He said’ rather than ‘said he’ – more common practice these days.

4. Substitute beats for speaker attributions
This can be handy when there are three or more people in the scene.
You have to find a way to let the reader know who is talking, and there could be two or more ‘he’s’ or ‘she’s’ in the room.
Used sparingly, beats can be useful, but don’t use too often
What is a beat?
Example: Dudley stepped between them and help up his hands. “Now, look, you two.”
Beats are bits of action interspersed through a scene, such as a character walking to a window or removing his glasses and rubbing his eye.
Usually physical gestures but could be a short passage of interior dialogue.
They are used to help tie dialogue to setting and characters.
They provide little bits of imagery that guide readers’ imaginations.

6. Paragraphs
Start a new paragraph when you start a new speaker.

In summary, there are some simple rules to follow that really help your dialogue flow and make your writing more professional.

What are your experiences? Do you have advice for new writers about their use of dialogue?