Matching the setting to the mood 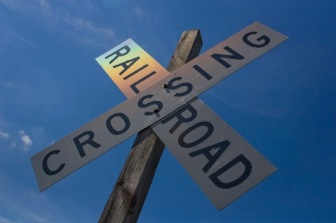 Photo credit
I set too many scenes in a coffee bar or a wine bar. I suppose it is familiar and easy and a place where I can set people to meet and talk. But it’s lazy of me and quite boring for the reader.

So where should scenes be? I mean the average, everyday scene where there’s some development of the plot between two or more characters. I don’t mean those action-packed, death defying, life threatening scenes, I mean the easier ones where there could be some kind of discussion or some romance or some review about clues discovered at a murder scene, etc.

So, I’m trying to avoid coffee shops and bars.

One way to decide a setting is to go back a step and start with the purpose of the scene, then review the mood of the characters and how that might change during the scene. Only then, choose the setting.

Take Emma, my protagonist. Let’s work out where to set some particular scenes. Rather than randomly picking some public building or location, it is better to let the setting reflect the general mood and tone of the scene, and the job is half done for you.

Example 1:
Emma is about to meet her estranged husband in order to exchange some belongings.
She’s feeling gloomy. She’s down about the demise of the marriage.

So, let’s have them meet in a car-park half way between where she lives and where he lives. That symbolises an even split, and its neutral territory. Furthermore, let it be foggy, it’s just starting to get dark, and the car-park is shrouded in mist when she arrives making it difficult to pick out the silhouette of her ex-husband.

No point in it being a bright, sunny day.

Example 2:
I need to have ways of helping Emma re-live her childhood, some memory joggers that will prompt interior monologue about her upbringing. She had happy times being brought up by her Aunt, and sadness from the loss of her mother.

I could have her sipping at a latte, reflecting. But that’s boring.
How about setting a scene in a children’s playground. She could be sitting with a friend who has children, watching them play as they catch up on some gossip. Plenty of memory jogging opportunities about the fun of childhood, and watching how mothers are there with their kids. And it’s a sunny day.

Example 3:
Emma is tense. She is in conflict with her editor at the newspaper over the line a particular story is taking. They will have a row.

I could set that scene in her editor’s office. But that’s boring, and an uneven playing field.
I could set it in a restaurant or cafe over lunch. But again, that’s quite boring.

How about setting it in a more tense situation, so there’s some tension in the background that can add to the mood?
Perhaps they are in a car together and stuck in traffic, so there’s no escape from the row. To be neutral, it could be a hire car.
And perhaps there’s some possible danger in the setting. They could be so busy with their row, when stuck in the traffic, that they don’t notice that they have stopped on a level crossing (railroad crossing) until they hear the train horn in the distance. Of course, they get to safety and the shared danger helps them to rise above their differences.

So the steps are:

What do you think?

Writing skills
Previous PostOne-of-a-kind, not.
Next PostIs it snowing? Best send out some guards to take a look.