Continuing with some techniques from a good book called: ‘Self-Editing for Fiction Writers’ by Renni Browne and Dave King. 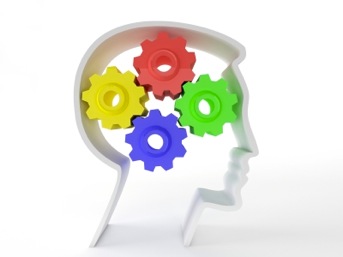 I always thought that internal thought was called interior dialogue, but that’s probably because I like to have a conversation with myself! So, I guess it’s more properly described as Interior Monologue.

It’s very important for my novel.

In fact, I’d say it is the most important element of any good novel. All novels have characters and, as readers, we want to know what they are thinking and we want to get inside their innermost thoughts and emotions. In that way, the story is brought alive.

Interior monologue is something that good fiction can accomplish that movies cannot. No matter how good the actor is, he/she can never fully show the innermost thoughts of the character in the way a good novel can.

A good author needs to write in a way that moves from action to thought and back again without the reader seeing that as strange. In this way. the reader will begin to understand what the character is thinking and that is a powerful way to establish the character’s personality.

However, as it is so useful and powerful, it is sometimes too easy to over-use the technique. Like other aspects of writing fiction, the key is not to over-explain.

It is beneficial to start with quite a bit of interior monologue in the early chapters, but as your novel develops the reader will get to know the main character very well and be able to predict how that character will think and behave in certain situations. So it is not necessary to spell out those thoughts later on.

What’s the right amount of interior monologue? Well, as always it’s a balance, depending on scene, mood, feelings, emotions. Basically, it is impossible to say how much is right.

What’s your thoughts on this? Want to share them? Or keep them internal?

Thanks for listening today ☺